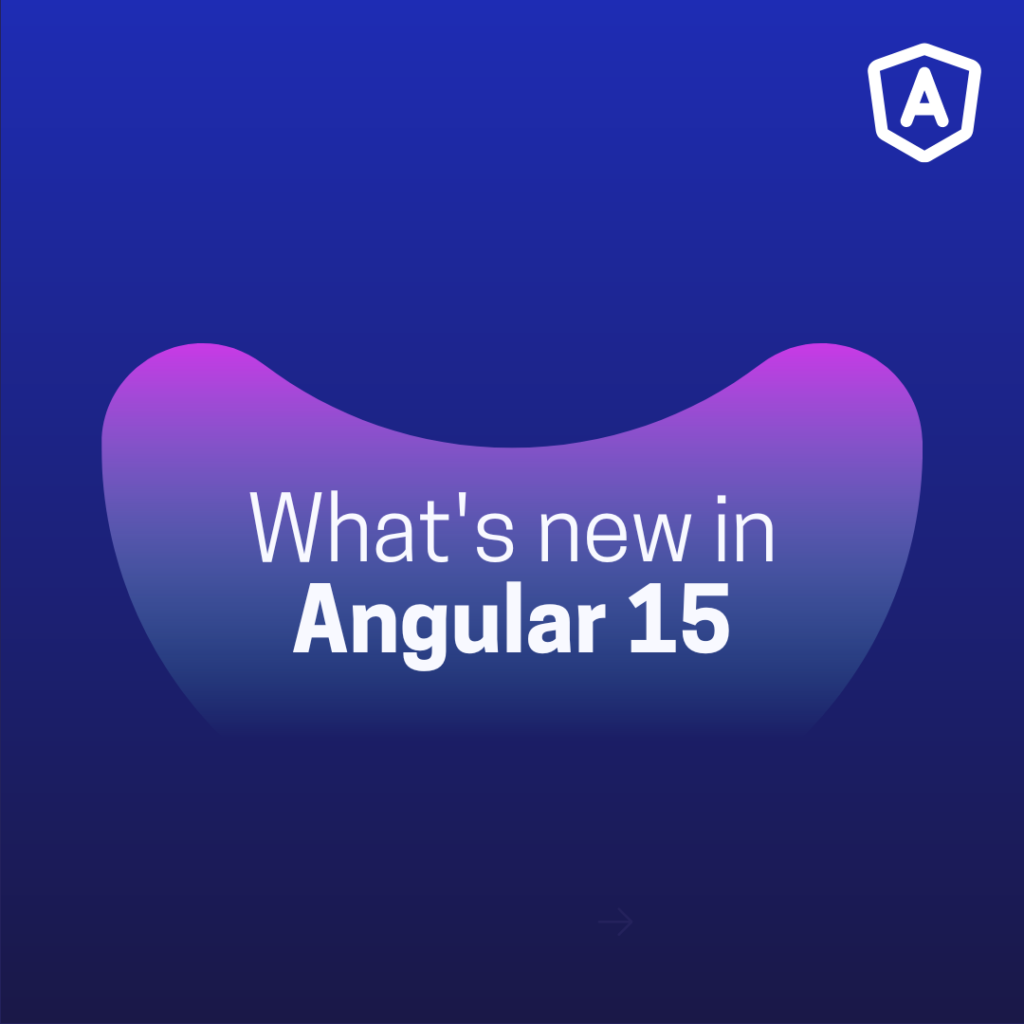 Over the past year, the team has removed Angular’s legacy compiler and rendering pipeline which enabled the development of a series of developer experience improvements in the past couple of months. Angular v15 is the culmination of this with dozens of refinements that lead to better developer experience and performance.

Standalone APIs are now out of developer preview!

In v14 they introduced new standalone APIs which enable developers to build applications without using NgModules. they’re happy to share that these APIs graduated from developer preview and are now part of the stable API surface. From here on they will evolve them gradually following semantic versioning.

As part of making sure standalone APIs were ready to graduate they have ensured that standalone components work across Angular, and they now fully work in HttpClient, Angular Elements, router and more.

The standalone APIs allow you to bootstrap an application using a single component:

You can build a multi-route application using the new router standalone APIs! To declare the root route you can use the following:

Where lazyRoutes are declared in:

Another benefit of the provideRouter API is that it’s tree-shakable! Bundlers can remove unused features of the router at build-time. In their testing with the new API, they found that removing these unused features from the bundle resulted in an 11% reduction in the size of the router code in the application bundle.

The directive composition API brings code reuse to another level! This feature was inspired by the most popular feature request on GitHub asking for the functionality to add directives to a host element.

Let’s look at a quick example:

In the code snippet above they enhanced MatMenu with two directives: HasColor and CdkMenu. MatMenu reuses all the inputs, outputs, and associated logic with HasColors and only the logic and the selected inputs from CdkMenu.

This technique may remind you of multiple inheritance or traits in some programming languages, with the difference that they have a mechanism for resolution of name conflicts and it’s applicable to user interface primitives.

They announced developer preview of the Angular image directive that they developed in collaboration with Chrome Aurora in v14.2.

Before and after of a demo application

The’re excited to share that it is now stable! Land’s End experimented with this feature and observed 75% improvement in LCP in a lighthouse lab test.

The v15 release also includes a few new features for the image directive:

You can use the standalone NgOptimizedImage directive directly in your component or NgModule:

To use it within a component just replace the image’s src attribute with ngSrc and make sure you specify the priority attribute for your LCP images.

The team gets lots of insights from their annual developer surveys so they want to thank you for taking the time to share your thoughts! Digging deeper into the struggles with debugging experience developers face they found that error messages could use some improvement. 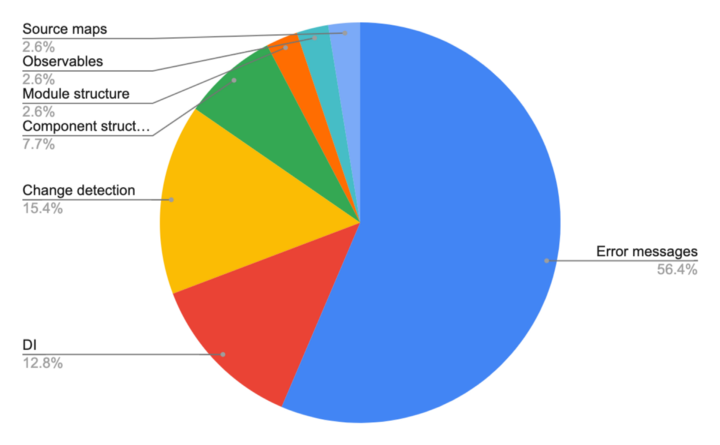 They partnered with Chrome DevTools to fix this! Let’s look at a sample stack trace that you may get working on an Angular app:

Here you can follow the execution from the button press in the AppComponent all the way to the error.

The Component Dev Kit (CDK) offers a set of behavior primitives for building UI components. In v15 they introduced another primitive that you can customize for your use case — the CDK listbox:

By using @angular/cdk/listbox you get all the expected behaviors for an accessible experience, including bidi layout support, keyboard interaction, and focus management. All directives apply their associated ARIA roles to their host element.

Improvements in the experimental esbuild support

In v14 they announced the experimental support for esbuild in ng build to enable faster build times and simplify our pipeline.

In v15 they now have experimental Sass, SVG template, file replacement , and ng build –watchsupport! Please give esbuild a try by updating your builders angular.json from:

If you encounter any issues with your production builds, let us know by filing an issue on GitHub.

The language service now can automatically import components that you’re using in a template but haven’t added to a standalone component or an NgModule.

In the Angular CLI they introduced support for standalone stable APIs. Now you can generate a new standalone component via ng g component –standalone.

They’re also on a mission to simplify the output of ng new. As a first step they reduced the configuration by removing test.ts, polyfills.ts, and environments. You can now specify your polyfills directly in angular.json in the polyfills section:

To reduce configuration overhead further, they now use .browserlist to allow you define the target ECMAScript version.