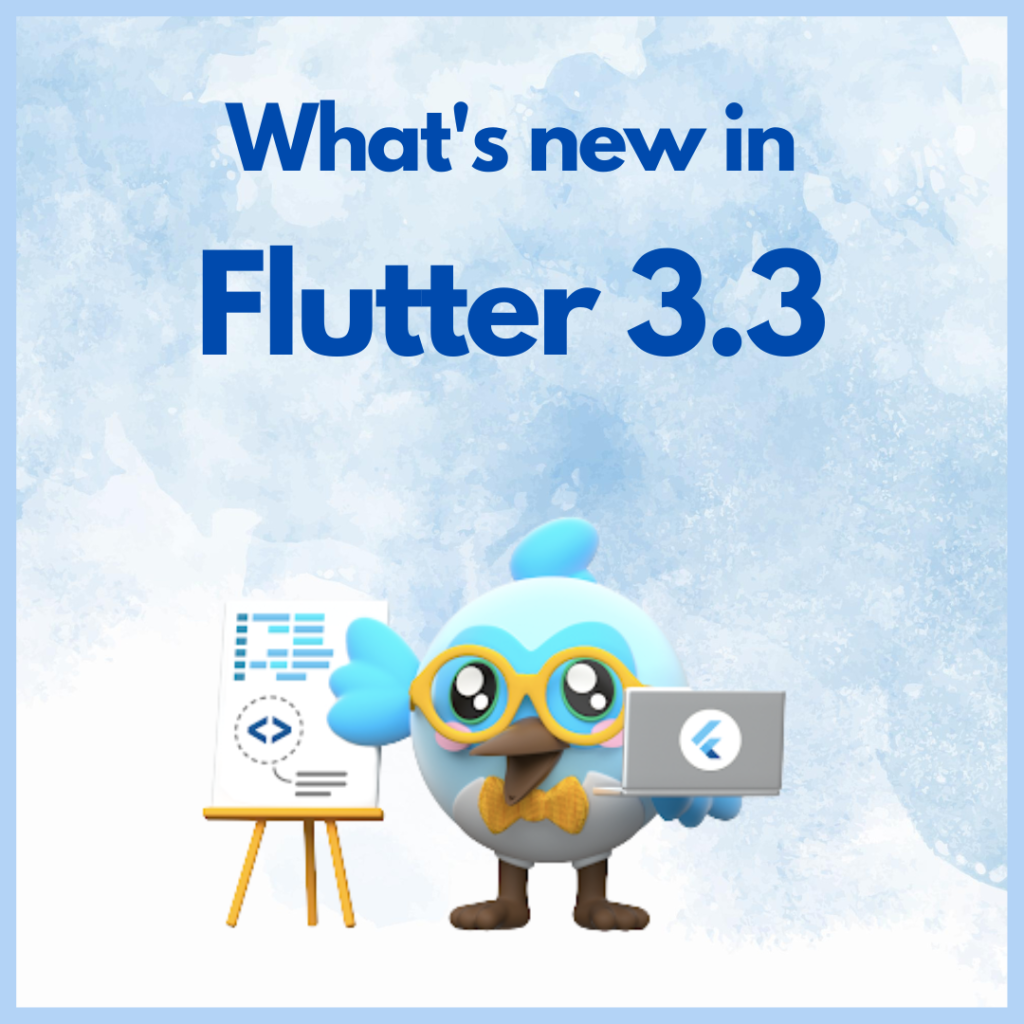 Only three months ago Google announced Flutter 3, a massive milestone that included stable support for all platforms! The good news is that the momentum since this major release has not slowed down. Since the release of Flutter 3, Flutter has merged 5,687 pull requests.

This release brings updates to Flutter web, desktop, text handling improvements in performance — and much more!

Until now, Flutter web apps didn’t match the expected behavior when attempting to select text. Like Flutter apps, native web applications are composed of a tree of elements. In a traditional web app, you can select multiple web elements with a single sweeping gesture, something that couldn’t be easily done on a Flutter web app.

To take advantage of this powerful new feature, simply wrap your route body (such as the Scaffold) with the SelectionArea widget and let Flutter do the rest.

Flutter 3.3 provides improved support for trackpad input. This not only provides richer and smoother control but also reduces misinterpretation in certain cases. For an example of this misinterpretation, check out the Drag a UI element page in the Flutter cookbook. Scroll to the bottom of the page to get to the DartPad instance, and perform the following steps:

Flutter now supports Scribble handwriting input using the Apple Pencil on iPadOS. This feature is enabled by default on CupertinoTextField, TextField, and EditableText. To enable this feature for your end users, simply upgrade to Flutter 3.3.

To improve support for rich text editing, this release introduces the ability to receive granular text updates from the platform’s TextInputPlugin. Previously, the TextInputClient only delivered the new editing state with no delta between the old and new, TextEditingDeltas and the DeltaTextInputClient fill this information gap. Having access to these deltas allows you to build an input field with styled ranges that expand and contract as you type.

The Flutter team continues to migrate more Material Design 3 components to Flutter. This release includes updates to IconButton, Chips, and large and medium variants for AppBar. 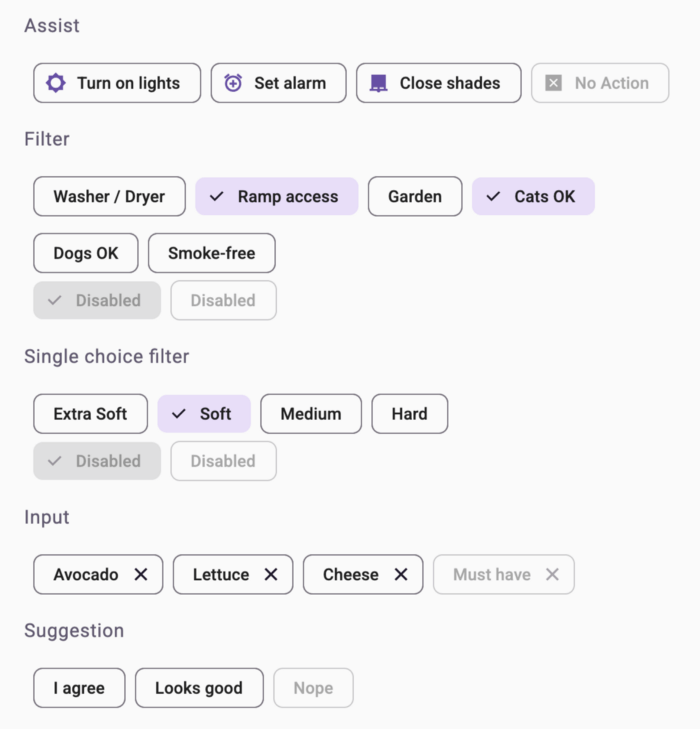 Previously, the Windows desktop application’s version was set by a file specific to the Windows application. This behavior was inconsistent with the way other platforms set their versions.

Windows desktop application versions can now be set from your projects pubspec.yaml file and build arguments. This makes it easier to enable auto updates for your end customers to get the latest and greatest when an application update is pushed.

When designing apps with complex navigation needs, things can get pretty hard to wrap your head around. To extend Flutter’s native navigation API, the team has published a new version of the go_router package, making it simpler to design routing logic that works across mobile, desktop, and the web.

The go router package, maintained by the Flutter team, simplifies routing by providing a declarative, url-based API, making it easier to navigate and handle deep-links. The latest version (4.3) enables apps to redirect using asynchronous code, and includes other breaking changes described in the migration guide.

The Visual Studio Code extension for Flutter has several updates including improvements for adding dependencies. You can now add multiple, comma-separated dependencies in one step using Dart: Add Dependency.

This release increases the performance of loading images from assets by eliminating copies and reducing Dart garbage collection (GC) pressure. Previously, when loading asset images, the ImageProvider API required the compressed data to be copied multiple times. First, it was copied into the native heap when opening the asset and exposing it to Dart as a typed data array. Then, it was copied a second time when that typed data array was copied to the internal storage of a ui.ImmutableBuffer.

With the addition of ui.ImmutableBuffer.fromAsset, compressed image bytes can be loaded directly into the structure used for decoding. This approach requires changes to the byte loading pipeline of ImageProviders. This process is also faster because it bypasses some additional scheduling overhead required bythe previous method channel-based loader. In particular, image loading time improved by nearly 2x in our microbenchmarks. 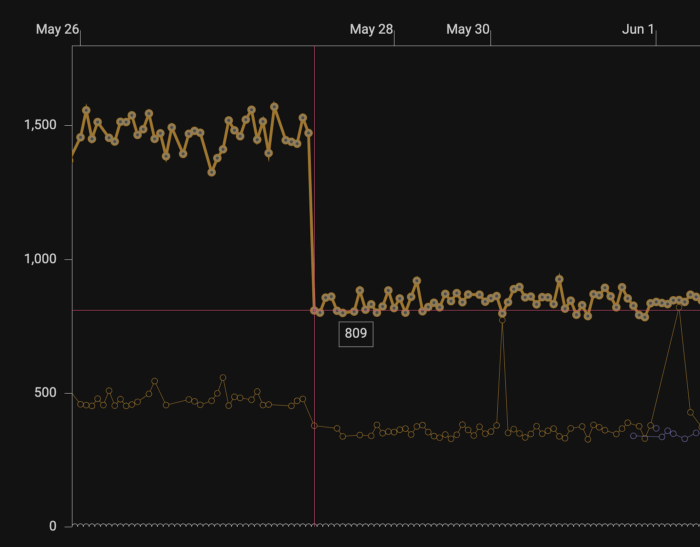 In the 2.10 stable release, they enabled Dart’s pointer compression optimization on iOS.Dart’s pointer compression works by reserving a large virtual memory region for Dart’s heap. Since the total virtual memory allocation allowed on iOS is less than on other platforms, this large reservation reduces the amount of memory available for use by other components that reserve their own memory, for example, Flutter plugins.

Apple provides an entitlement that can increase the maximum allowed virtual memory allocation for an application, however this entitlement is only supported on newer iOS versions, and wouldn’t work on devices running versions of iOS that Flutter still supports. When we are able to use this entitlement everywhere, we intend to revisit this optimization.