How to recover from Google’s Broad Core Algorithm update 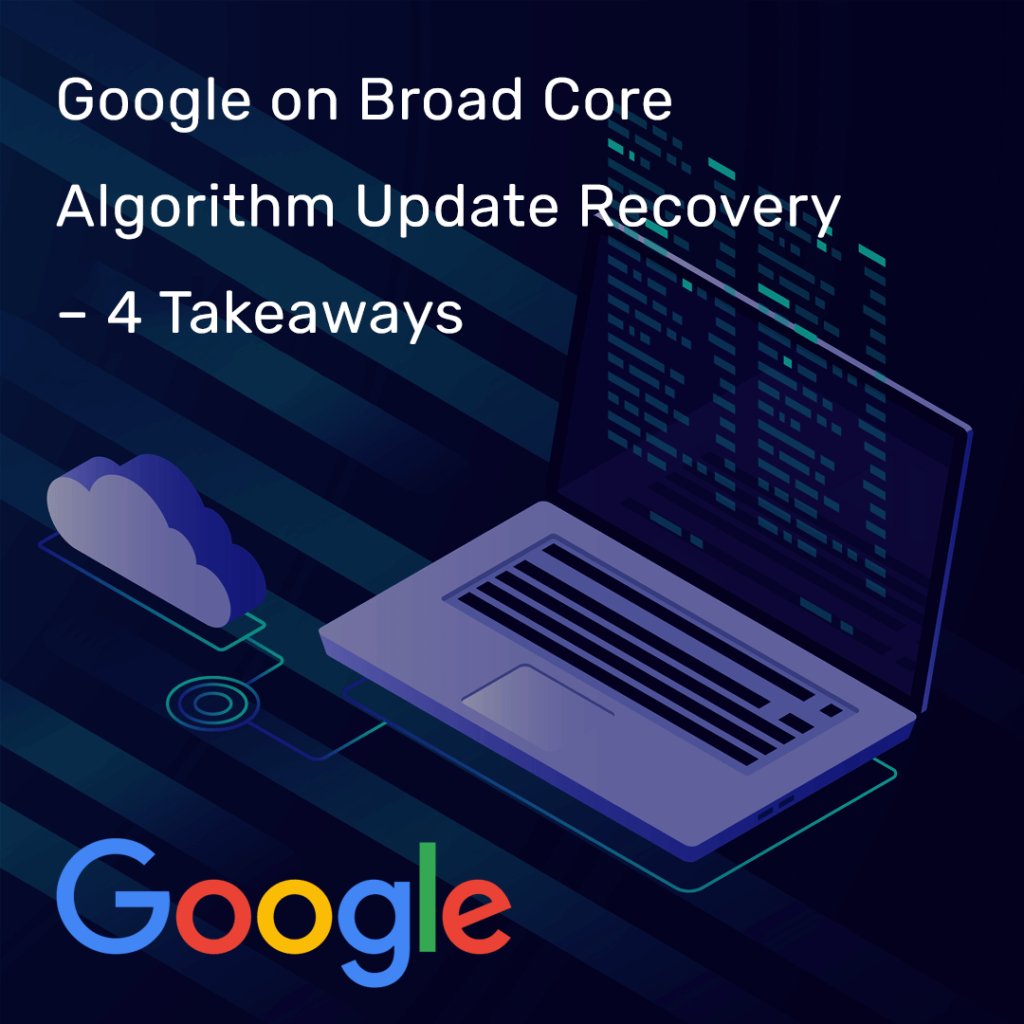 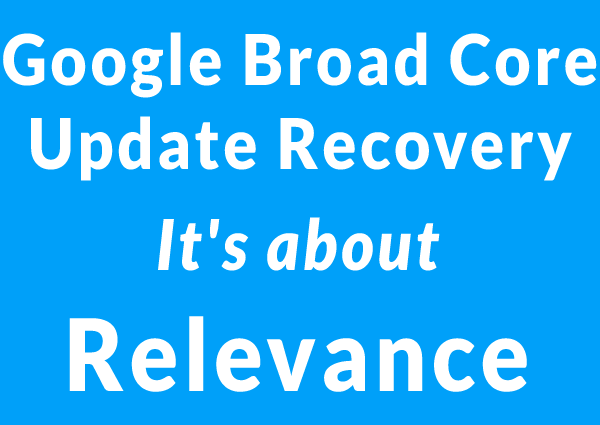 How Long to recover from a Google Broad Core Algorithm update?

The person asking the question incorrectly mentioned “GoogleBot” making a decision as to when a site can recover from a core update. Googlebot is just a software program that downloads web pages, what’s known as a crawler.

It is Google’s algorithm back at the data centers that ranks all the downloaded web pages. It is those algorithms that are updated in a Core Algorithm Update.

Here is the question:

“Got hit by the June Core Update. We’re now working on quality content. How many months do I have to wait for a recovery? Can Googlebot decide to remove a penalty without any core update?”

“First of all, a core update is not a penalty. It’s not a matter of the Google algorithm saying this is a bad website.”

Losing rankings after a Core Algorithm Update can feel like being penalized. The effect is the same. But it’s not the same.

In a penalty Google sends the publisher a notice through Google’s Search Console about Webmaster Guideline violations.

There are no such notices when you lose rankings after a core algorithm update.

What John Mueller is communicating is that this is not about the publisher doing something bad, like violating Google’s publisher guidelines, for example a content or link spam issue.

The reason sites lose rankings is because Google’s new algorithm has decided that certain sites are more relevant.

“It’s essentially just saying, from the way that we determine which pages are relevant, we’ve kind of changed our calculations and found other pages that we think are more relevant.

So it’s not a matter of doing anything wrong and then you fix it (and then Google recognizes it and shows it properly).

…More it’s a matter of well we didn’t think these pages were as relevant as they originally were. And these kinds of changes they can happen over time.”

What are Google Broad Core updates?

During the course of conducting site reviews, there are at least two kinds of core algorithm update losses.

In the first scenario, some sites will gain positions, causing previously high ranked pages to lose those positions in the search results.

The second scenario is when a site completely loses rankings. This is more serious and generally requires a deep look at the SERPs.

How Long to Wait to recover from Broad Core update

Lastly, Google’s algorithm is constantly updating. That means you don’t have to wait until the next broad core algorithm update to see if improvements to your web pages have helped. You should see ranking improvements sooner.

But there are cases when rankings return after a subsequent algorithm update. That could be because some updates tend to be overly broad, affecting sites they didn’t intend to affect. So they might fine tune whatever change they made.

So if you see your rankings return after a core algorithm update, it’s likely that’s because they pulled back on some of the changes.

“With regards to kind of seeing changes in one core update and when would you see the next batch of changes if you make significant effort to improve your website for example, in general this is something that happens on an ongoing basis.

So on the one hand we have the core updates which are kind of bigger changes in our algorithm. And on the other hand we have lots of small things that keep changing over time.

So if you’ve been making significant improvements on your website then you should see these kinds of subtle changes over time as well. So it’s not a matter of waiting for a specific change to see those changes in effect.”

Core Algorithm Ranking Losses are Not Always About Quality

Mueller ended his response by repeating that a rankings loss is not a sign that something bad happened to your site.

Takeaways on recovering from a Google Broad Core update

There are some who view every broad core algorithm update as being about quality. When a site loses rankings, they point their finger and say it must be a low quality issue.

Others tend to see ranking issues as a matter of technical issues. Your site is slow, your redirects are chained and so on.

Quality and technical issues are legitimate concerns for ranking a site. Those issues must be addressed. But that’s not generally what these core algo updates are about.

When a site loses rankings after a core update, while technical and quality issues may exist, I prefer to keep an open mind and review everything to make sure that everything that could possibly contribute to a low ranking is addressed, especially relevance factors.

If your site lost rankings in a core algo update, you may find quality and technical issues that need improvement. But in my experience auditing websites that lost rankings, it may be useful to investigate the relevance factors.