What is a broad core algorithm update? Learn the complete history of Google’s core updates, what they are, and what’s important for SEO.

On this date in 2018, for the first time, Google confirmed a type of update that eventually came to be known as a broad core algorithm update. Google told us that for any sites impacted by these updates that there was nothing specific to “fix”. Since 2018, Google has rolled out three of these updates every year. 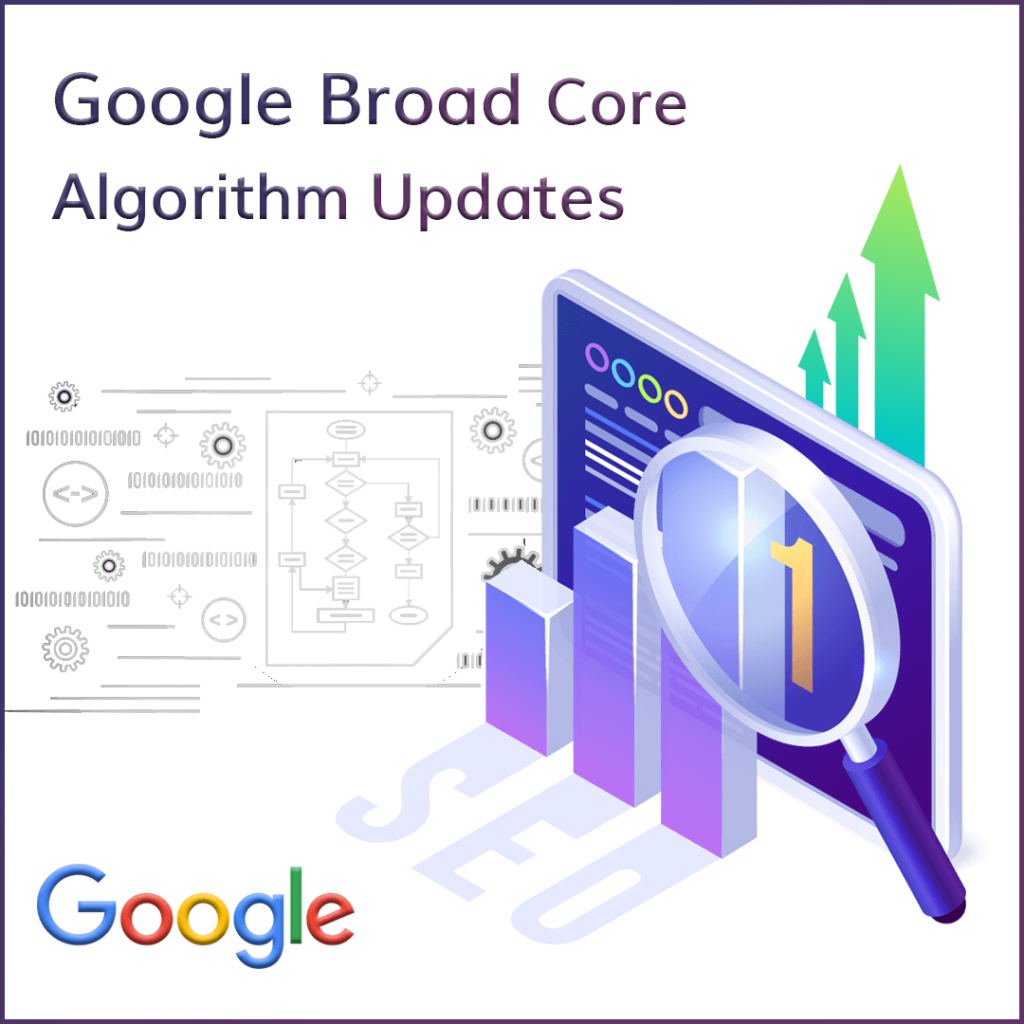 So what exactly are Google core updates? How do they work? When did Google roll them out? Here’s everything you need to know about Google’s broad core algorithm updates.

What is a Google broad core algorithm update?

A broad core algorithm update is a change to Google’s “core,” or overall, search ranking algorithm and systems. Google’s core algorithm is actually a collection of algorithms that interpret signals from webpages (e.g., keywords, links, etc.), with the goal of ranking the content that best answers a search query.

So when Google announces a core algorithm update, it could be they are tweaking an aspect of Panda, Penguin, both, or both and more. As we all know, Google reveals as little as possible about its secret formula for ranking.

In addition to its core algorithm, Google’s Gary Illyes has said that Google uses “probably millions” of baby algorithms that look at various signals. While there has been some speculation about what exactly a “baby” or “tiny” algorithm is, all Illyes told us is that a baby algorithm could cause a spike in crawl rate and that they look for specific signals in pages and content.

For context, it’s also important to understand that core updates account for only three out of thousands of tweaks Google makes to its core algorithm every year.

In 2020, Google made 4,500 changes to search – which averages out to more than 12 per day. In 2018, that number was 3,200. Plus, Google ran more than 600,000 experiments in 2020. That’s a lot of changes and experiments, all of which can impact ranking, traffic, and SERP visibility. And this doesn’t take into account what your search competitors are doing or other variables like seasonality, news or events impacting search, and more.

Some broad core algorithm updates rolled out quickly, for others it took up to 14 days to fully roll out. When the impact is spread out, rather than happening exactly on the day an update is announced or confirmed, that adds some complexity into digging into the data.

All of these factors can make it difficult to isolate ranking drops to any one particular change Google rolls out. Many of Google’s changes to search don’t directly impact ranking so we just don’t notice or hear about all of those. But some updates absolutely do impact ranking.

What is the purpose of a broad core algorithm update?

Since the first confirmed broad core algorithm update, and multiple times in the following years, Google has stated that the top purpose of a core update is to improve its search results. Google announced via Twitter that the purpose was to benefit pages that were “previously under-rewarded.”

Like all Google algorithms, a broad core algorithm update is not a penalty. Think of it more like Google hitting a refresh button on the search results, based on a new set of “rules” for ranking. Your site may have gone up or down, or be in the same position in the SERPs after the update has finished rolling out.

How to recover from a broad core algorithm update

As with every Google algorithm update, there are winners and losers. For every website that goes up, one must go down. SEO is, and always will be, a zero-sum game.

Google’s advice, as is pretty typical for Google, is to build great content. While this message is frustrating to anyone and everyone involved with SEO looking for actual insights, Google has provided plenty of hints and guidance over the years about how to create high-quality websites and content. The key is to create consistently great content over time. If you do that, your rankings may improve.

In August 2019, Google provided additional recommendations in a blog post, What site owners should know about Google’s core updates. (It is essentially an updated version of the 23 questions Google published to provide guidance on the Panda update.) Google broke the 20 questions into four areas:

Does the content provide substantial value when compared to other pages in search results?

Does the content seem to be serving the genuine interests of visitors to the site or does it seem to exist solely by someone attempting to guess what might rank well in search engines?

Google also said that content impacted by a broad core algorithm update may not recover until the next core update is released. However, in my experience, it is possible to recover rankings by updating, rewriting, or otherwise improving your existing content.

In that same blog post, another thing they specifically discussed indirectly was the idea of content freshness:

“One way to think of how a core update operates is to imagine you made a list of the top 100 movies in 2015. A few years later in 2019, you refresh the list. It’s going to naturally change. Some new and wonderful movies that never existed before will now be candidates for inclusion. You might also reassess some films and realize they deserved a higher place on the list than they had before.

The list will change, and films previously higher on the list that move down aren’t bad. There are simply more deserving films that are coming before them.”

I know that one thing I saw a lot of following Google’s broad core algorithm updates was varying degrees of loss in traffic and rankings to outdated content. The solution was pretty clear: update and republish that outdated content.

In short: publish helpful, useful and comprehensive content that meets user intent. And make sure to read Google’s quality rater guidelines, as they offer additional insights into how Google thinks about website and content quality.

The first officially recognized (by Google) broad core algorithm update was March 9, 2018. This date was confirmed by Google’s Nathan Johns at SMX West, despite some confusion among industry algorithm history trackers.

However, even though we’ve been documenting broad core algorithm updates only since 2018, they were not technically new then. Google told us that they had done these types of updates “several times” per year at that point. In fact, in 2015, they confirmed a core ranking change. And the so-called Quality Updates also seem quite similar to what is now known as broad core algorithm updates.

Over the years, there have been several unconfirmed Google algorithm updates. Many of these seemed significant based on rank tracking tool data and what SEOs were seeing in their analytics, but Google never confirmed the various updates, mostly unnamed, though a few were given informal names by SEO practitioners (e.g., Fred).

Here is the complete timeline of confirmed Google broad core algorithm updates, and our coverage of them, up to the present day.