November 17, 2017
hkis
Node.js
At present, as a cross-platform runtime environment, Node.js enables developers to run JavaScript on the web servers. But Node.js is different from other commonly used JavaScript frameworks. However, it is also important for the web developers to understand the major advantages of Node.js. 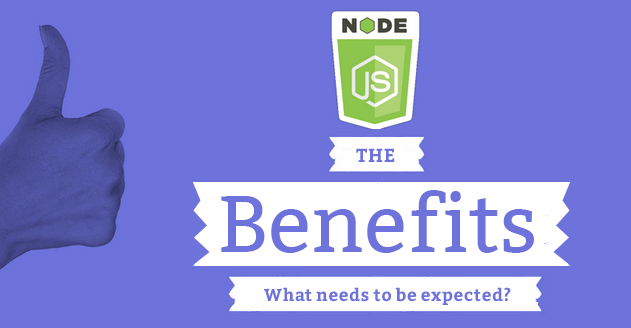 Easy to Scale:
The developers have the option to scale the Node.js applications in both vertical and horizontal manners. They can scale the application horizontally by adding extra nodes to the existing system.

Likewise, they also have the option to add more resources to individual nodes while scaling the Node.js application vertically. These options make Node.js more scalable than other JavaScript frameworks available in the market.

Delivers Improved Performance:
Node.js executed JavaScript code through Google’s V8 JavaScript engine. The engine compiled the code written in JavaScript into machine code directly. So the code is executed in a faster and more efficient way.

Supports Commonly Used Tools:
While using Node.js, the developers have the option to take advantage of several commonly used tools. For instance, they can test the source code of Node.js application repeatedly using Jasmin and similar JavaScript unit testing frameworks.

Likewise, they can specify and install project dependencies more efficiently by taking advantage of a robust package manager like npm. Also, they have the option to use grunt as an efficient task runner for the project.

Its open source nature further makes it easier for programmers to customize and extend Node.js according to their specific needs. Also, they can use JSON to facilitate data exchange between the web server and the client. Despite being lightweight, Node.js comes with built-in APIs for developing HTTP, TCP, DNS and similar servers.

Facilitates Real-Time Application Development:
Node.js is used widely by JavaScript developers for building real-time and multi-user applications like games and chats. The runtime environment manages many concurrent connections efficiently. Similarly, it takes care of multi-user requirements through the event loop. It further uses web sockets simplify and speedup bidirectional communication between the web server and the client. As the web sockets run on TCP, the overhead on HTTP remain unchanged.

At the end, using Node.js, there are several features of it will help in creating a wide range of networking and server-side applications in JavaScript.

Hire Node.js Developer from us, as we give you high quality product by utilizing all the latest tools and advanced technology. E-mail us any clock at – hello@hkinfosoft.com or Skype us: “hkinfosoft“.